Our research is strongly interdisciplinary 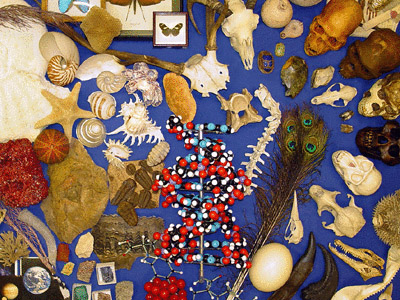 Origins phenomena involve many different factors all working together; and the investigation of these rarely falls into a single field of specialisation. The best origins research therefore requires an interdisciplinary team: it needs to be phenomenon-based rather than discipline- based. In the study of human origins, for example, it would be unsatisfactory to examine the fossils only; molecular data and a range of dating methods are also needed, at the very least.

Interdisciplinary research has the further advantage of reducing major misinterpretation of the data; for each field supplies an independent line of evidence, and all the strands must work collectively towards a consistent model. Such buttressing of conclusions is especially important in origins research, because so many of the questions are emotionally laden. Consider the intensity of the debate over human origins, for example, where philosophical, religious, and ethical implications may easily influence a person's objectivity in handling evidence.

Phenomenon-based interdisciplinary research requires team members to have a good understanding of fields outside their own specialisation; and so several of our workers have intentionally trained in more than one field. Furthermore, in pursuit of objectivity, we actively seek participation by those of a diversity of philosophical persuasions.